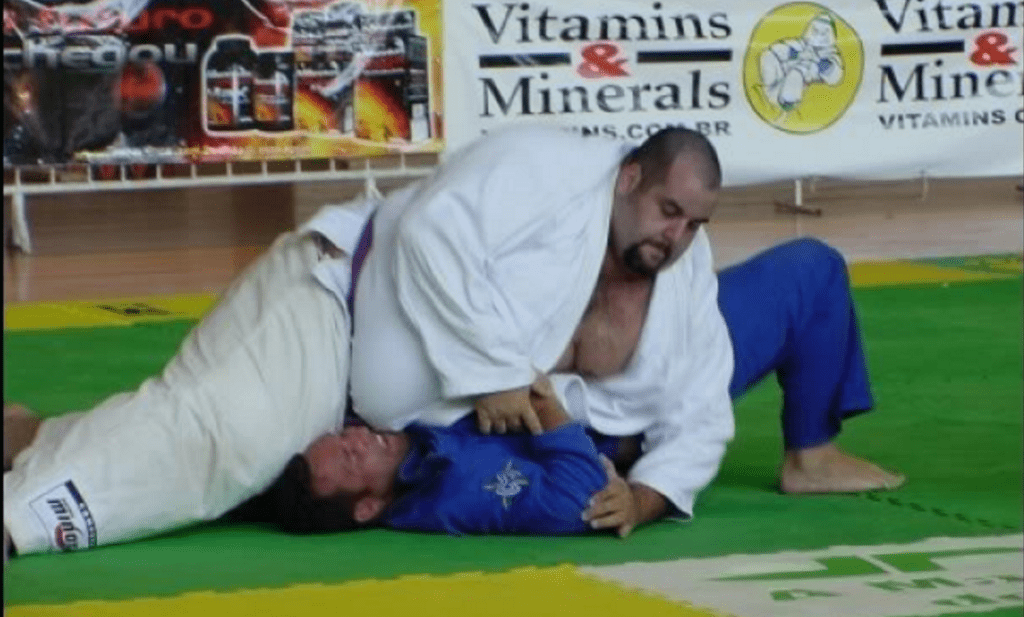 The problems start for the smaller grappler when they allow the heavier opponent to secure a position and apply their bodyweight. The best light guys I have seen moved their hips well and tried to stay one step ahead of a big opponent – never allowing the opponent to settle the position. The smaller grappler usually has an advantage in speed and they must use it to stay out of the grasp of the strong opponent.

Do NOT contest power with a bigger opponent it’s a losing game!

Out of all of the ground positions in bjj, the back is the safest spot for the smaller fighter. Just as David used a sling shot and a stone to defeat Goliath, the smaller bjj’er should use back takes and rear naked chokes to beat a big guy. Helio Gracie felt that a strong opponent may continue to fight after an arm lock, but when the choke is applied, theiris no defence regardless of the size of your biceps!

The short arm drag is the best friend of a smaller bjj’er to slip around to the opponent’s back.

This tends to happen quite organically for the lighter bjj student. Since they are smaller they end up on the bottom in many rolls and spend time developing their defence. Emphasis should be given to guard styles like Z-Guard and deep half which help the bottom keep the bodyweight off of them. If your opponent has difficulty passing your solid defensive guard, they start to fatigue and will resort to trying risky methods to pass your guard. This creates openings. When they make a mistake, you can sweep, submit or slip around to their back.

Our Newsletter*
*We hate spam